The City of Saba > Rumi

The City of SABA was written in the 13th century by the Sufi mystic poet Jalal ad-Din Rumi and translated and recited in our film by Coleman Barks. What is so striking about this poem is it’s relevance to what is happening in our SABA – Washington, D.C. 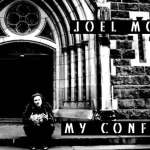 “My Confessions” by Joel McKerrow is an epic poem series that explores the taboos of being white male Christian dominance and the guilt that comes with being the most privileged ‘minority’ in a globalised world.

It is a heartfelt, honest and exposing piece of work that deserves to be seen in it’s entirety so SLAM TV presents all four poems and the epilogue here:

My Confessions pt 1 – The White Part of Me

My Confessions pt 2- The Rich Part of Me

My Confessions pt 3 – The Christian Part of Me

My Confessions pt 4 – The masculine part + The Epilogue

For more work by this poet go to:  www.joelmckerrow.com

It is not very often that we have the opportunity to create a graphic equivalent of a drug fueled rant bringing all of our collective skills to bear. And it is almost unfathomable that we could actually do something like this and benefit a good cause.

The Buck team dug deep, channeling our inner gonzo, to direct and produce this homage promoting Good Books, the online bookseller that passes all its profits through to Oxfam. A big thanks to String Theory in NZ for bringing us this script, Antfood for their amazing audio stylings, to Thor for giving his voice and to all the artists who made this something we are proud of.

DISCLAIMER:
What you will see is an entirely fictional and completely unendorsed representation. [Though we humbly suggest Hunter S Thompson might have liked it.] We are devoted fans paying homage. No disrespect is intended.

Based on Dr. Seuss’s final book before his death, this is a story about life’s ups and downs, told by the people of Burning Man 2011.

Captions now translatable to any language.

Shot on Canon 7D’s with various lenses, a Glidecam and a Zoom H4N.

All proceeds from advertising go towards next years project.
This video is our gift to you. If you wish to donate $20 or more for next years film then we will put your name in the credits. Your support keeps us going!
To donate: http://bit.ly/zrfPwB

Who Says These Words With My Mouth > Rumi

Who Says Words with My Mouth was written in the 13th century by the Sufi mystic poet Jalal ad-Din Rumi and translated and recited in our film by Coleman Barks.

To learn more about this series, visit www.4spFilm.com

Includes Jack Kerouac being interviewed by Steve Allen in 1959 and reading from his most famous novel.

The twin English  passions of football and William Blake are combined in this unique video poetry project for the BBC’s Poetry Season.

From movingpoems.com
“Continuing the theme of video poems that riff on television conventions, here’s a poetry promo from the BBC disguised as a sporting news story from the BBC. The poem is referred to as “Jerusalem,” but it’s actually from the Preface to Milton. A popular hymn adaptation by Hubert Parry a century after Blake wrote it is responsible for the new title, according to the Wikipedia.”

The poem was inspired by the apocryphal story that a young Jesus, accompanied by his uncle Joseph of Arimathea, travelled to the area that is now England and visited Glastonbury. The legend is linked to an idea in the Book of Revelation (3:12 and 21:2) describing a Second Coming, wherein Jesus establishes a new Jerusalem. The Christian church in general, and the English Church in particular, used Jerusalem as a metaphor for Heaven, a place of universal love and peace.

More poems by William Blake can be found here:

The Genius of the Crowd > Charles Bukowski

A short poem by Charles Bukowski, with a recording of him reading the poem, with most of the footage shot in New York.

Saul Williams performs his epic ode to the genius of language and the indictment of the mindless violence of gangster hip hop culture to raise the consciousness of the entire. fucking. world.

From the album ‘Amethyst Rock Star’ with music by DJ Krust

Below, the same poetry performed live at Def Jam Poetry show on HBO.

The Revolution Will Not Be Televised > Gil Scott Heron

A collage of Youtube clips to the original recording from Gil Scott Heron’s classic piece.

For those young ‘uns who haven’t heard of Gil, below is full length documentary about the legendary poet and his contribution to the artform.