Poetry in Motion > a series of animated poems by Billy Collins

Untitled from design:related on Vimeo.

Noted for their intelligent humor, accessibility and observations on daily life, CBilly ollins’ popular poems come alive in a series of animated poems produced by JWT-NY commissioned by the Sundance Channel. Below, Collin’s describes how the project came about.

A love poem in the voice of a surveillance satellite.
Built in Aftereffects/sound design in Logic. 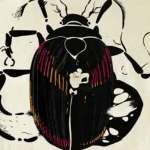 It is not very often that we have the opportunity to create a graphic equivalent of a drug fueled rant bringing all of our collective skills to bear. And it is almost unfathomable that we could actually do something like this and benefit a good cause.

The Buck team dug deep, channeling our inner gonzo, to direct and produce this homage promoting Good Books, the online bookseller that passes all its profits through to Oxfam. A big thanks to String Theory in NZ for bringing us this script, Antfood for their amazing audio stylings, to Thor for giving his voice and to all the artists who made this something we are proud of.

DISCLAIMER:
What you will see is an entirely fictional and completely unendorsed representation. [Though we humbly suggest Hunter S Thompson might have liked it.] We are devoted fans paying homage. No disrespect is intended.

HELIOTROPES documents the parallel goals of man and nature, through the most primitive and sophisticated means, to simply stay in the light.

Based on the poem by Brian Christian.

“Heliotropes” premiered at SXSW in March 2011.

How To Be Alone > Tanya Davis

A video by fiilmaker, Andrea Dorfman, and poet/singer/songwriter, Tanya Davis.

Davis wrote the beautiful poem and performed in the video which Dorfman directed, shot, animated by hand and edited. The video was shot in Halifax, Nova Scotia and was produced by Bravo!FACT http://www.bravofact.com/

For more information on Tanya, go to http://www.tanyadavis.ca

The Beginning of Infinity > Jason Silva

THE BEGINNING OF INFINITY from Jason Silva on Vimeo.

“The adjacent possible is a kind of shadow future, hovering on the edges of the present state of things, a map of all the ways in which the present can reinvent itself.” – Steven Johnson

Billy Collins, former US Poet Laureate and one of America’s best-selling poets, reads his poem “Forgetfulness” with animation by Julian Grey of Headgear.

Noted for their intelligent humor, accessibility and observations on daily life, Collins’ popular poems come alive further in a series of animated poems produced by JWT-NY.

The Poem – The name of the author is the first to go followed obediently by the title, the plot, the heartbreaking conclusion, the entire novel which suddenly becomes one you have never read, never even heard of, as if, one by one, the memories you used to harbor decided to retire to the southern hemisphere of the brain, to a little fishing village where there are no phones. Long ago you kissed the names of the nine Muses goodbye and watched the quadratic equation pack its bag, and even now as you memorize the order of the planets, something else is slipping away, a state flower perhaps, the address of an uncle, the capital of Paraguay. Whatever it is you are struggling to remember, it is not poised on the tip of your tongue, not even lurking in some obscure corner of your spleen. It has floated away down a dark mythological river whose name begins with an L as far as you can recall, well on your own way to oblivion where you will join those who have even forgotten how to swim and how to ride a bicycle. No wonder you rise in the middle of the night to look up the date of a famous battle in a book on war. No wonder the moon in the window seems to have drifted out of a love poem that you used to know by heart.

%100 of the money from this song goes CASA House.
http://vibedeck.com/listen

CASA House provides 24 hour support to victims/survivors of sexual assault. CASA are committed to ensuring that the silence which surrounds sexual assault continues to be broken and that victim/survivors are provided with necessary support.

The mantra of the market…

39 Degrees North is a Beijing based motion design studio.
39degreesnorth.tv

Surrealistic vision of how love can be a Valentine’s day present.

Yelp > with apologies to Allen Ginsberg

Technology can be addictive. In a tribute to Allen Ginsberg’s classic 1956 poem, we created a short film lampooning the addictions of our generation. It’s narrated by Peter Coyote.

The filmmaking team behind “Yelp: With Aplogies to Allen Ginsberg’s Howl,” also made the 2011 Sundance documentary “Connected: An Autoblogography about Love, Death & Technology.”

You can learn more about both films at:
connectedthefilm.com

For more work by this artist, go to: