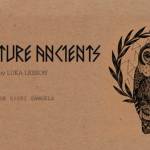 From the book FUTURE ANCIENTS
http://www.lukalesson.com.au/

“In the future
the history books will study us

The future ancients
dig theoretical trenches between settlement and invasion

they shroud their heads in mourning

The future ancients
will be encased behind glass in museums

in databases of tradition

as relics of broken signals

so our voices are the only artefacts worth keeping
alive

So whose lips will we honour?
on whose tomb will we lay our tears?
those that risked everything to speak
but spoke anyway
those that gave meaning in the darkness
those who not only spoke
but gifted us a moment of silence in this madness to so that we could learn to hear
ourselves

Those thoughts are your artefacts

So are we pharaohs of fallacies
empresses of nothing?

What will they engrave below our statues?

In the ancient future” 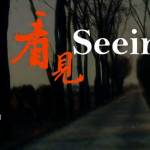 In anticipation of Luka Lesson’s 2012 visit to Beijing, a short film competition asking participants to use the message of his poem ‘May Your Pen Grace The Page’ was established. This film is the result of that competition. It is underground filmmaker Wang Di’s portrayal of blind lawyer Chen Guangcheng’s struggle for freedom and the recognition of human rights in China and abroad.

For the full poem go to
http://lesson.bandcamp.com/track/may-your-pen-grace-the-page.